WHAT IS AGAVE SYRUP? 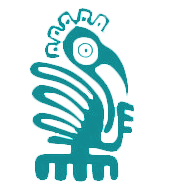 While Agave (pronounced ah-GAH-vay) is most associated as the plant from which the popular alcohol tequila is made, it has also been used for millennium as a sweetening ingredient in food. In Mexico the nectar made from Agave is known as aguamiel, or “honey water.”

The ancient Aztecs prized Agave as a gift from the gods and used the liquid from the plants core to flavour foods and drinks. Nowadays, due to increasing awareness of Agave Syrup’s beneficial properties, it is becoming a preferred sweetener for many health conscious consumers, doctors, and natural foods cooks alike. 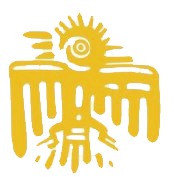 1. Agave Syrup is produced from Agave plants grown in Mexico. There are several processing methods used to obtain the syrupy sweetener – it’s not as simple as just tapping into the plant like you would with maple syrup for example.

2. Agave Syrup is composed mostly of fructose, with some glucose.

4. Agave Syrup has an equal number of calories as sugar – 4 calories per gram, which translates to 16 calories per teaspoon.

5. Agave Syrup is about one and a half times sweeter than regular sugar, meaning one needs less to reach the same sweet spot – working out to slightly less calories for the same level of sweetness.

6. Agave Syrup is used to make jams, syrups, cakes, beverages, sweets, ice cream and yogurt, to name a few. It is also a very effective sweetener for cold beverages such as iced tea because, unlike sugar and honey, it dissolves easily in cold liquids. With its fluid consistency, it is ideally incorporated into applesauce or cottage cheese.

7. Vegans often prefer to use Agave Syrup in recipes as an alternative to honey as no animals are involved in its processing.

8. Agave Syrup dissolves quickly in water and is an excellent sweetener for drinks.

9. Tequila is a cousin of Agave Syrup. Blue Agave (Agave Tequilana) is the source for both, although Agave Syrup can also be made from other types of Agave plants.

10. In folk medicine, Agave Syrup can be used against skin diseases; mixed with a little salt, it is believed to have an antibacterial action and prevent infection in wounds.

Agave Syrup comes from?
Agave Syrup (also called Agave Nectar) is most often produced from the Blue Agaves that thrive in the volcanic soils of Southern Mexico. Agave plants have been an integral part of the local agriculture for centuries, traditionally planted in rows between the fields that grow the staple foods of the region: beans and corn. They thus provide a natural barrier against erosion by wind and water and held the soil.
Agaves are large, spiky plants that resemble cactus or yuccas in both form and habitat, but they are actually succulents similar to Aloe Vera. Agave plants come in many sizes and colours — there are well over 100 species. Because of it’s high carbohydrate content (which results in a high percentage of fructose in the final nectar) Blue Agave is the preferred species for producing nectar. Though there are other species used to produce Agave Syrups, such as the Maguey Agave, the premium nectars are produced from 100% Weber Blue Agave.

Agave Syrup tastes like?
The taste of Agave Syrup is comparable, though not identical, to honey, though many who do not like the taste of honey find Agave more palatable. It has none of the bitter after-taste often associated with artificial sweeteners.
Though some brands offer a half dozen varieties of Agave Syrup based on different plant varieties and varied preparation methods, most offer two types: a light and a dark. The lighter syrups undergo less heating and a more thorough filtration producing a mildly flavoured product that is neutral enough to be used in many culinary applications. The darker syrups are filtered less, and the solids left in the syrup create a stronger nectar with a flavour that can be compared to maple syrup.

What is glycemic index?
Glycemic index is a way of measuring the relative impact of foods on blood sugar levels. Foods with a high glycemic index have carbohydrates that the body can quickly convert to sugar, which makes them more likely to cause a quick rise in blood sugar. Many popular diets (like Atkins and South Beach) include food choices based on the glycemic index.
To determine the glycemic index of a food, human testers are given a portion of a single food and their blood sugar is tested at regular intervals. The resulting response curve is compared to a control substance (either glucose or white bread) and assigned a numerical value. Glucose (or white bread) is given an arbitrary rating of 100, and all other foods are measured relative to that. Foods that rate above 100 are foods whose carbohydrates digest very quickly and are likely to raise the blood sugar immediately, while those with an index lower than 100 have less impact on the blood sugar. Depending on the variety, Agave Syrup can vary from 17 to 38 in the glycemic index.

Combining high and low glycemic foods
The glycemic index of individual foods can be used as a guideline for meal preparation, but since we seldom make an entire meal of one food, the interaction of foods in the stomach needs to be taken into consideration.
Some foods help to reduce the overall glycemic level of a meal. Similar to the effect of dietary fiber, fats consumed with a higher glycemic food can also help to curb its blood-sugar-raising property. Vinegar has been found to inhibit the digestion of starches in the stomach. Starting a dinner with a salad dressed in italian dressing (fiber + fat + vinegar) for example, can lessen the impact of high glycemic foods in the meal.

How is Agave Syrup made?
When an Agave plant has grown to 7-10 years old, the leaves are cut off, revealing the core of the plant (called the “pina”). When harvested, this pina resembles a giant pineapple and can weigh 25 to 75 kilograms.
To make Agave Syrup, sap is extracted from the pina, filtered, and heated at a low temperature, breaking down the carbohydrates into sugars. Lighter and darker varieties of Agave Syrup are made from the same plants. Because of the low temperatures used in processing many varieties (under 118°F) Agave Syrup can be recognized as a raw food.

What makes a food low glycemic?
Foods with few to no carbohydrates, like meats, cheeses and fats, usually result in a glycemic index close to zero. The fewer easily-digested sugars and starches a food contains, the less likely it is to create a spike in blood sugar. Dietary fiber, while classified as a carbohydrate, passes through the system undigested, with no impact on blood sugar levels. In fact, fiber works to help slow the absorption of digestible carbohydrates.

How does Agave Syrup compare?

One see’s here that even though an apple has fewer carbohydrates, the glycemic load of Agave Syrup is actually lower.

Although Agave Syrup was used for centuries as a flavoring, native peoples were also aware of its health benefits and used it medicinally. The Aztecs used a mixture of Agave Nectar and salt as a dressing for wounds and a balm for skin infections, and Agave’s use as a folk remedy continues today.

Especially in the last century, the western diet has become increasingly comprised of refined sweeteners such as granulated sugar and corn syrup. The problem with these substances is their high glycemic index and glycemic load – both measures of the relative impact that foods have on our blood sugar level. Foods that raise blood sugar quickly trigger the release of the hormone insulin, and excessive releases of insulin and chronically high blood sugar and insulin levels are linked to Metabolic Syndrome (also called Syndrome X) which is associated with a complex of health disorders. Associated ailments include insulin resistance and type II diabetes, abdominal weight gain and obesity, problems with blood lipids (raised triglycerides and cholesterol) and high blood pressure.

One of the more health-promoting properties of Agave Syrup is its glycemic profile. Agave Nectar’s sweetness comes primarily from a complex form of fructose called inulin. Fructose is the sugar that occurs naturally in fruits and vegetables. The carbohydrate in Agave Syrup has a low glycemic index, which provides sweetness without the unpleasant “sugar rush” and unhealthy blood sugar spike caused by many other sugars.

Agave Syrup is a delicious natural sweetener that used moderately – by dieters, some diabetics, and health conscious cooks – is a superb replacement for high-glycemic and refined sugars.

In many ways Agave Syrup can be seen to bridge the gap between real and artificial sweeteners. While it has all the useful properties of real sugars, its lower glycemic index helps protect against health risks associated with higher glycemic sweeteners.

Since Agave Syrup is composed of real sugars (fructose and glucose) it performs well in cooking and baking. Agave Syrup also matches refined sugars in other qualities, serving well as a browning agent, a humectant, a softener, and a preservative.